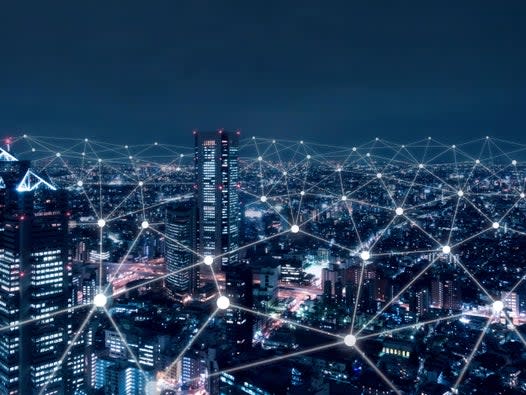 Two-thirds of UK adults now rely on mobile and online banking technology to manage their money, as lockdown prompts the wholesale shift to digital financial management.

Since March, a study of thousands of British adults has found almost 90 per cent check their accounts, 80 per cent transfer money, and 35 per cent even withdraw investment funds using fintech, as physical banking options remained closed.

Others have opened savings accounts, applied for credit cards and extended overdrafts. More than a fifth of fintech users said they have successfully secured new financial products during the lockdown without having to speak to a single human being, according to a new study seen exclusively by The Independent.

Almost half of consumers plan to continue using tech much more, even as bank branches reopen, and now say their technology offering is a “key consideration” when choosing a financial services provider.

“In light of the financial distress caused by Covid-19, millions of Britons have needed fast access to loans, credit cards and overdrafts, not to mention advice and guidance. Crucially, they have had to rely on mobile and online banking for almost all of this,” says Ammar Akhtar, CEO of technology firm Yobota.

“Today’s research shows how some people have found managing their finances during the lockdown simple thanks to the advanced, easy-to-use fintech solutions deployed by their providers. However, others have clearly been frustrated and let down by their bank’s technology.

“This must be addressed. Even as the lockdown passes, people will not be in any rush to queue up in bank branches or have lengthy telephone calls, meaning financial services companies must keep pace with the demand for fintech. As the survey results show, those who don’t risk losing customers.”

The news comes in the week that major failings by Co-op-owned Smile banking app and online banking facility locked thousands of customers out of their accounts. Smile has now told customers they will need to update their app at short notice to continue using their mobile services.

Elsewhere, while the shift towards technology has been on the horizon for many years, alongside traditional ways of managing our money, fintech has become the default preference suddenly and permanently. Banks are doubling down on efforts to cater to the all-encompassing shift in appetite.

Last month, for example, Spanish banking giant Santander appointed three technologists to its board of directors, including a former senior vice president at Amazon to become the new chair of Santander Consumer Finance.

Resisting the end of cash

This week, in a response to the shift towards cashless payments as well as the impact of Covid-19, logistics firm G4S told workers in its cash-handling teams that up to 1,150 roles could be culled – a move that has prompted widespread concern.

“This announcement is a further demonstration of how quickly the cash system is disintegrating, and deeply concerning given that millions of people still rely on cash to make payments every day,” says Richard Piggin, head of external affairs and campaigns for consumer group, Which?

“The government committed to legislation to ensure consumers have access to cash for as long as they need it. It must move quickly before that access disappears completely.”

In fact, almost simultaneously news emerged that the government is planning to mandate access to cash, meaning that allowing and facilitating the use of cash will be an obligation for the financial services industry.

“While we’ve seen some consumer payments behaviours shift during lockdown, the fact remains that cash is a public utility – and a community’s access to it is vital. In fact, more than 25 million people in the UK say they would struggle without access to it,” says Matt Phillips, VP, head of financial services for the UK and Ireland at financial technology firm Diebold Nixdorf.

“In the UK we’ve seen the number of branches and ATM machines fall over the past few years, as banks look to save on costs, leaving many communities without the ability to withdraw cash.

“We now encourage banks to consider new ways to manage their self-service networks, for example shared infrastructures to reduce costs under a shared utility model, while allowing their customers to access the banking services they know and trust.”