Polls have closed for the 2020 Android Police Readers Choice Smartphone of the Year. The winner, after a week of voting and over 17,000 votes, is the Google Pixel 5, beating out the Pixel 4a in second place and Galaxy S20 FE in third.

This continues a trend established last year, which saw the Pixel 4 beat out the OnePlus 7 Pro family — Android Police readers love their Pixels. And it’s not too hard to see why. Google’s Pixel phones always deliver among the best photography experience in the Android world, paired with an outstanding software experience. Features like Automatic Call Screen are so great, I’d pay a subscription to use them on other phones. 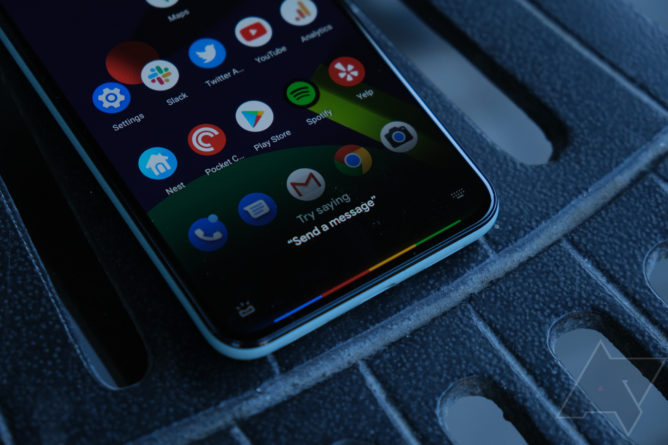 The Pixel 5 has the snazzy new on-device Assistant, too.

There are things we clearly didn’t like about the phone, given our review’s score. But the Pixel 5 has been popular, selling out for the unlocked model at Google’s storefront last week. That’s not a surprise, given some of its great features.

For one, it lasts ages on a charge. Personally, I can break 10 hours of screen-on time, and that’s firmly in the realm of two (if not three) day battery life for most of us. The Pixel 5 also marked the return of a rear fingerprint sensor, which has proven to be a useful feature this year and easier to trigger than face unlock when wearing a mask. The new ultra-wide camera may not offer as full a field of view as some other phones, but it benefits from that the same stellar Pixel processing the primary enjoys, making it one of the best wide-angle cameras we’ve ever used.

Note: Some of these were taken on the 4a 5G’s ultra-wide-angle, but it has the same cameras.

While the Pixel 5’s $700 price tag may be a little steep for some (as usual for higher-end Pixel phones), there are big perks that come with ownership, like exceptionally prompt Android version updates, clockwork-regular security patches, and quarterly Feature Drops that deliver new features at a steady trickle. Just earlier this month, the Pixel 5 got a new Adaptive Sound feature to dynamically tune its speakers in different environments.

Our Editors Choice award is still coming up, so look forward to that announcement. But in the meantime, our readers have spoken, and it’s the Pixel 5 that has won in their hearts, earning our Android Police 2020 Readers’ Choice Smartphone of the Year award.