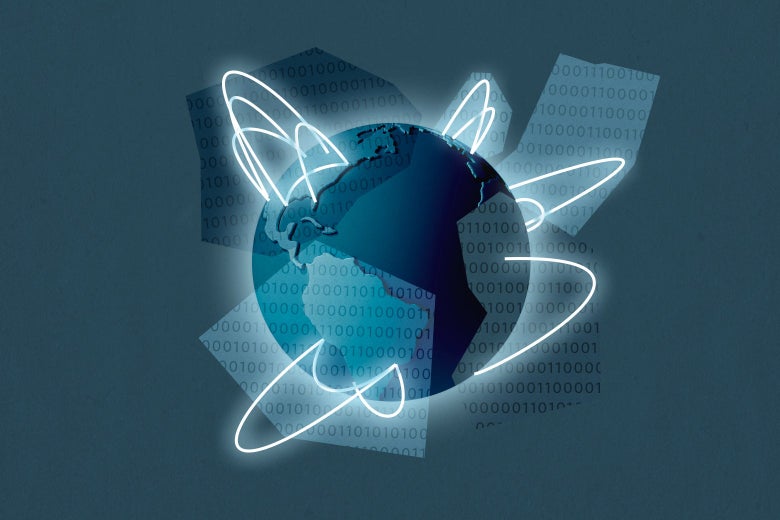 In January 2010, I sat in an auditorium at the Newseum in Washington and heard Secretary of State Hillary Clinton proclaim that “the spread of information networks is forming a new nervous system for our planet.” Clinton announced that internet freedom would be a new pillar of U.S. diplomacy and that as a country, “we stand for a single internet where all of humanity has equal access to knowledge and ideas.” She described access to global information networks as being like “an on-ramp to modernity” and argued that “even in authoritarian countries, information networks are helping people discover new facts and making governments more accountable.” Paying tribute to Franklin Roosevelt’s “four freedoms” speech, she articulated a principle of the “freedom to connect”:

the idea that governments should not prevent people from connecting to the internet, to websites, or to each other. The freedom to connect is like the freedom of assembly, only in cyberspace. It allows individuals to get online, come together, and hopefully cooperate.

This vision was in contrast to that of countries like China, with its infamous “great firewall,” and other repressive countries, which held that nations’ internets should be divided by borders and subject to government control just as their physical territories are. Under this vision, authoritarian countries could have equally authoritarian internets.

Last week, the Trump administration followed up on weeks of saber rattling over the Chinese-built social media network TikTok and a monthslong campaign to roll back the internet equipment firm Huawei’s role in global 5G networks with an even further-reaching plan. Trump’s new executive order will ban any U.S. company from interacting with the Chinese producers of the apps TikTok and WeChat, meaning they can’t be offered in American app stores unless they are sold by their parent companies. Secretary of State Mike Pompeo also outlined plans for a so-called clean network, prohibiting Chinese companies from accessing American “app stores, apps, cloud services, mobile carrier networks and undersea internet cables.”

This was all part of an overall escalation of anti-Chinese rhetoric and policy from the Trump administration—and also based on some very legitimate concerns about China’s surveillance practices. But another way to look at it is as a final surrender to China’s vision of internet sovereignty.

Critics have been raising the alarm about the “splinternet,” the “Balkanization” of cyberspace, and the “Westphalian web” for years. It’s now here. This may be a tragedy, but it’s one that the U.S. should have seen coming and that it partly enabled.

Clinton’s speech felt forward-looking and futuristic at the time—and briefly appeared prescient when the social media–enabled Arab Spring protests broke out the following year—but actually harkened back to notions from the earliest days of the internet about “cyberspace” as a domain separate from that of terrestrial nation-states.

The term cyberspace was coined by the science fiction writer William Gibson in novels set in a near future where national governments had been weakened and undermined by new communications technologies. Today’s internet looks very little like the fully immersive domain Gibson envisioned, but the “space” part of cyberspace made it a useful metaphor in conversations about the role of the state in internet governance and freedom.

At the 1996 World Economic Forum in Davos, Switzerland, John Perry Barlow, the former Grateful Dead lyricist and founder of the Electronic Frontier Foundation, penned a “Declaration of the Independence of Cyberspace,” which begins:

Governments of the Industrial World, you weary giants of flesh and steel, I come from Cyberspace, the new home of Mind. On behalf of the future, I ask you of the past to leave us alone. You are not welcome among us. You have no sovereignty where we gather.

Today, Barlow’s declaration serves a role similar to that of Francis Fukuyama’s The End of History: an example of past conventional wisdom for writers to trot out and say, “Well, that’s not how it turned out.” But for a long time, the notion that nations should not, and could not, control the internet was very pervasive, and not just among Silicon Valley libertarians. In 2000, Hillary Clinton’s husband likened China’s efforts to censor the internet to “trying to nail Jell-O to the wall.” In the years since, China has gotten very good at nailing Jell-O.

Authoritarian governments have long rolled their eyes at American talk of internet freedom, and not entirely without reason. As with “free trade,” many look at the free internet and see a project of American power projection cloaked in platitudes. Is Vladimir Putin being paranoid when he says that the internet was originally a “CIA project” and “is still developing as such”? Undoubtedly—but there’s some truth to the notion: The internet does trace its origins back to systems developed by U.S. intelligence, and the agency still dabbles in Silicon Valley investing.

After Edward Snowden’s revelations about National Security Agency surveillance, even democratic leaders like then–Brazilian President Dilma Rousseff began talking seriously about the importance of internet sovereignty and, for a time, considered legislation mandating that Brazilian users’ data be stored within the country’s borders—it didn’t happen there, but it did in Russia. America’s own history of mass data collection is why some see the TikTok ban as rank hypocrisy.

American officials’ forthright rhetoric about “internet freedom” may also have backfired. It’s not exactly a surprise that authoritarian governments like China’s viewed services like Google and Facebook as a threat when the secretary of state of the United States was giving high-profile speeches openly telling these governments that they should consider social media a threat to their power. (American concerns about TikTok and user privacy may be justified, but it’s not as if the Chinese foreign ministry isn’t putting out statements boasting about how it’s harvesting Americans’ data.)

The big internet companies themselves have been almost comically cynical on the topic of internet freedom. Facebook’s Mark Zuckerberg was once so anxious to gain approval from the Chinese government that he conspicuously left a copy of Chinese President Xi Jinping’s book on his desk during visits by Chinese officials and asked Xi for suggestions on the name of his unborn child. Today, facing threats from government regulators—and having given up on accessing China’s market—he tells Congress that he is “upholding democratic traditions like freedom of expression” against his Chinese competitors. In 2006, Google agreed to cooperate with Chinese censors, arguing that it was necessary to fulfill its mission to “provide the greatest access to information to the greatest number of people.” In 2010, after the company moved its operations out of mainland China following a series of cyberattacks, Soviet-born co-founder Sergey Brin decried the “forces of totalitarianism” that made the move necessary and told the New York Times that the “half an Internet” approach of authoritarian countries would eventually fail: “I think that in the long term, they are going to have to open.” In 2018, it was revealed that Google was working on a new censored version of its search engine for the Chinese market—which it dropped after its own workers called out the project as a betrayal of Google’s stated mission.

The ideal of an open internet suffered another setback in 2016 with the election of a president who evinced neither an interest in global democracy nor an understanding of how the internet works. Trump was mocked during his campaign in 2015 for suggesting he would combat ISIS by speaking to Bill Gates about “in certain areas, closing that internet up in some way” and preventing terrorists from using “our internet.” As with many of Trump’s more outlandish utterances, it probably should have been taken more seriously. He will end his first term with the more closed-up internet he described, where national governments have a more proprietary right to their citizens’ data. Even if he loses in November, it could be a core part of his legacy. It’s hard to imagine Joe Biden, who has run on being more of a China hawk than Trump, rolling back these restrictions, which are, after all, based on widely held concerns about Chinese data collection that aren’t just restricted to Trump’s base. And if the new rules end up forcing a sale of TikTok to an American company, there’s not much that can be done to reverse it.

Even if the open internet was always more of an ideal than a reality, that doesn’t mean we’re better off simply acceding to a world of Balkanized national internets. National internet shutdowns during times of political crisis have become commonplace—Belarus on Sunday became just the latest example.

China’s WeChat—the less discussed but probably more consequential Chinese app banned by the administration last week—could be a preview of what these internets look like. For Chinese users, it’s a phenomenally convenient all-in-one platform for person-to-person messaging, social media sharing, payment, shopping, and gaming. Not only is this one app increasingly the internet for Chinese users, it’s the forum through which much of economic and social life is mediated, and daily life—particularly in large cities—is hard to live without it. (The international version of the app possesses little of this functionality and is similar to other messaging apps like WhatsApp.) Omni-apps like WeChat are the antithesis of the open internet ideal—global, unfettered, user-generated—and also function as the kind of surveillance tool that the totalitarian governments of the last century could only have dreamed of. If walled-garden internets become the norm, other countries will look for opportunities to follow China’s lead.

National governments have always strived for what the anthropologist James Scott calls “legibility”—arranging their populations to simplify classic state functions like taxation, conscription, and preventing rebellion and crime. They dislike ambiguity when it comes to the territory under the state’s control or the people residing within it. In our era, the drive for legibility, fused with an ethnic nationalist political project, is behind the drive toward ever greater border security and crackdowns on undocumented migration.

The classical vision of cyberspace, as expressed by ’90s-era visionaries like Barlow and Gibson, was supposed to be a threat to state legibility—a realm for communication and commerce outside the reach of terrestrial nation-states, and one in which authoritarian repression and censorship was ultimately impossible. Governments like China’s were plainly hostile to this vision from the beginning. The U.S. supported it rhetorically—if only up to a point and often opportunistically—until now.

That doesn’t mean this is the end of the story. National governments are taking on a greater role in the governance of cyberspace at a time when their ability to perform the basic functions of governance in the real world appears weaker than ever. Just because governments are building new walls on the internet, doesn’t mean they will do a particularly good job guarding them.

The dream of the open internet may live on, but at the very least, it’s time to do away with a whole universe of metaphors. The Jell-O has been nailed to the wall, the weary giants of flesh and steel have elbowed their way into the home of the mind, and the nervous system of our planet will never be the same.